A fully functional and feature rich scientific RPN calculator inspired by the HP-15C I used to own when I was in high school. It was first developed on the Palm WebOS platform but later on I ported it to Blackberry 7 and Blackberry 10 as well.

This calculator was implemented in Javascript, HTML and CSS. It was a great project that allowed me to combine visual design skills, interaction design skills as well as web development skills. It was a quite succesful commercial app on both platforms.

I designed and built three different skins for this app. The first one was a custom designed UI on the Palm Pre phone. Once I got the app to work on tablets and phones with higher resolutions I created a photorealistic clone of the before mentioned HP calculator as well as a skin that was inspired by high-end 80’s audio equipment.

At the bottom of this page you will find a video of this app in action. 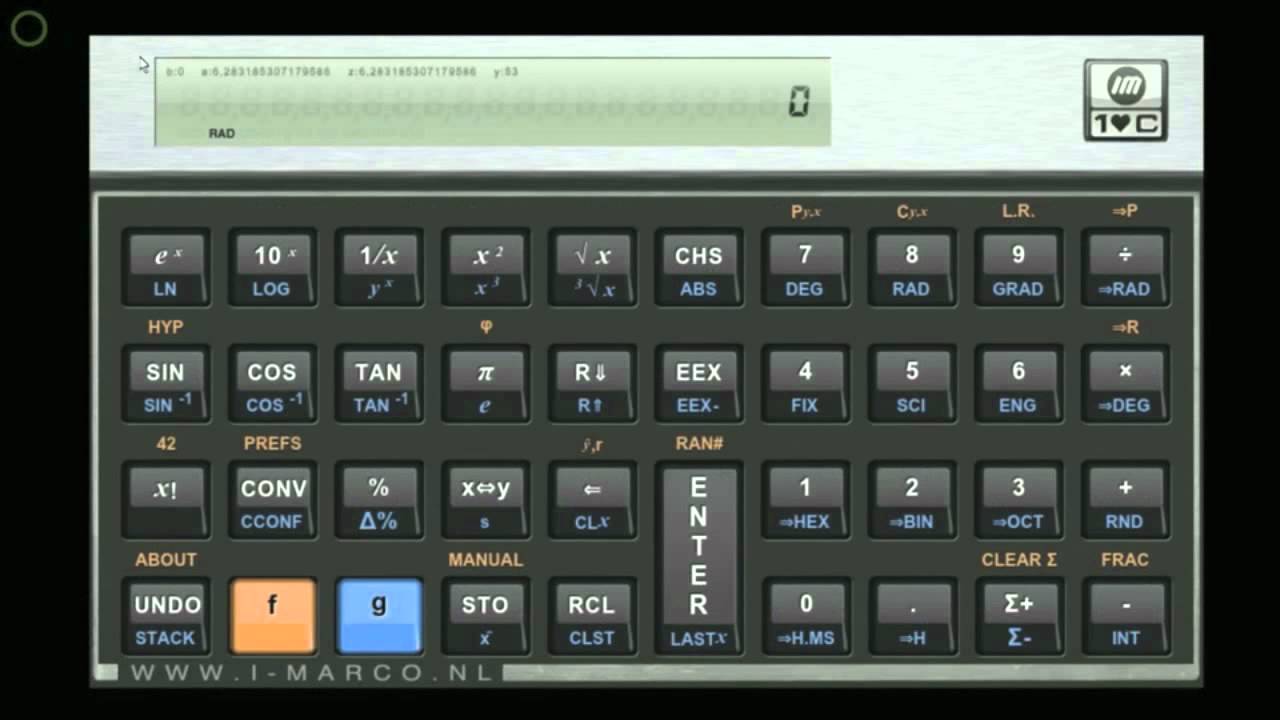